The growing problem with being overweight and obesity is noticeable to any casual observer in U.S.A. today when one goes to any public place such as grocery stores, shopping malls, amusement parks, etc. There are many people who are truly away from their ideal body weight and current or future seekers of medical care. However, published findings support such obvious observations. According to National Health Center and Nutritional Examination Survey (NHANES), National Center for Health Statistics, and Center for Disease Control (CDC: 1960-2008) in their 2008 report for adult U.S. population aged 20-74 years old and age-adjusted to 2000 standard population group, the percentage (%) of this population accounting for both genders (M and F) that was overweight or obese for 2005-2008 period was 67.4%. When one analyzes data for both genders separately, these were the findings: 72.5% of males and 62.5% of females were overweight or obese. Conversely, the percentage of population considering both genders (M and F), males, and females that was overweight or obese during 1960-1962 period was 44.8%, 49.5%, and and 40.2%, respectively. 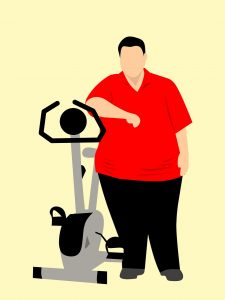 Even if the percentage of population that is obese (defined as individuals with Body Mass Index or BMI of 30 or more) is only considered, there has been significant increase, too. The percentage of adult population for both genders (M and F), males, and females that were obese during 2005-2008 years was 33.9%, 32.4%, and 35.3%, respectively, However, during the 1960-1962 time point, the percentage of adult population that was obese for both genders (M and F), males, and females was 13.3%, 10.7%, and 15.7%, respectively. Clearly, there has been upward trend in percentage of adult population and total number of adults suffering from being overweight and obesity. During the intervening years from 1960-1962 period to the most recent collected data years of 2005-2008 there are no signs of plateau or any real decrease in the intervening years and its current or future expected trends in adult population that is overweight or obese. This trend is not restricted to adults, but is also prevalent in kids (aged 4-9), teenage, and young adult segment of U.S. population. These increasing demographics should alert anyone concerned about their own health or their children’s that weight loss through healthy living can lead to living fuller and richer life.

When more than majority (greater than 2/3) of U.S.A. population has overweight and obesity issues, it should be an automatic wake-up call or national crisis that would be top priority for national and state government leaders and the behemoth healthcare system that deals daily with the consequences of this escalating phenomenon rather than addressing its root causes. While the U.S.A. still holds the title of highest GDP nation in the world, it also holds dubious distinction of being heaviest nation in the world. The per capita weight of U.S.A. is more than any other nation even considering any European country including countries of Italy and France renowned for their caloric and fat-rich cuisines or diet.1,2,3 This finding is hardly surprising for even without examining actual scientific or medical data of these countries, but by sheer empirical observation.

A traveler to any European country will notice that people in those countries are generally thinner and there are less overweight or obese people as percentage of adult population than their counterparts in U.S.A. Conversely, many foreign visitors to U.S.A. remark on the absolute number of overweight or obese people in U.S.A. compared to their native country or elsewhere in the world.4 While other countries have significantly less overweight or obese people by percentage of their population and per capita weight, these same countries are experiencing increasing trend in weight gain in the last 30 years attributed to several reasons, but primarily due to “imported” American-style or fast foods or diet habits and dependence on modern technologies like personal automobile, desk-based work, and computer-based entertainment and jobs, and being less active in daily life compared to previous generations. 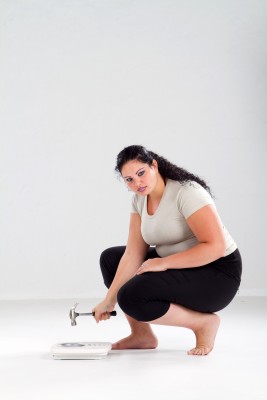 No where is this rapid increase in nation’s girth observed more acutely than in China and India, two of the world’s largest populations, where the mix of greater disposable income as well as availability, convenience, and seduction of “imported” or American-style fast foods or diet has contributed to overweight or weight gain in its population who are fervent consumers of such goods. Suffice it to say, the national crisis in U.S.A. that shows no signs of abating any time soon is not restricted to this country, but the gain in unhealthy weight is dilemma that is rising (although at slower rate than in U.S.A.) and as observed in other nations, both developed, Western countries and developing nations. Thus, in terms of pure healthcare problem, this weight gain phenomenon is global issue and challenge against backdrop of modern technologies, less traditional and more processed diets, and decrease in physically active lifestyle that will require proven, reliable, practical, and prompt solutions to stem the tide of overweight or obesity by weight loss through healthy living now and in the future.

2 Thoughts to “Overweight and Obesity epidemic that afflicts many countries”